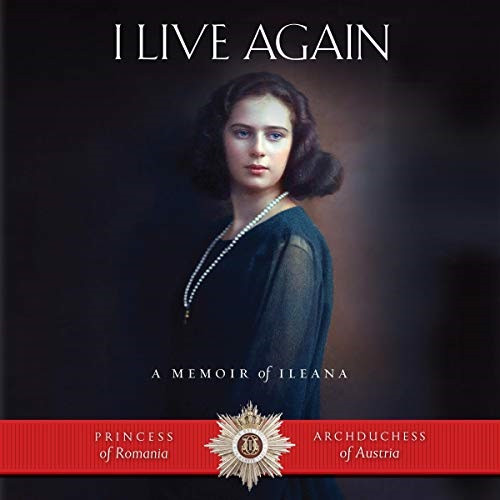 Click on the Audible logo below to purchase this audiobook from audible.com

by Ileana, Princess of Romania and Archduchess of Austria (later Mother Alexandra)

Ileana, Princess of Romania and Archduchess of Austria—who in later life became Mother Alexandra, founder of the Orthodox Monastery of the Transfiguration in Pennsylvania—wrote this memoir shortly after relocating to the US in the 1950s. It tells the story of a life full of suffering, tragedy, and exile, but all is suffused with the author's deep faith, hope, love, and even joy. This reprint includes additional material collected by the nuns of her monastery that sets the memoir in the context of Mother Alexandra's later life.

Also available in paperback and as an ebook

LOOK INSIDE... I Live Again: A Memoir of Ileana, Princess of Romania and Archduchess of Austria