The Scent of Holiness: Lessons from a Women's Monastery

Every monastery exudes the scent of holiness, but women's monasteries have their own special flavor. Join Constantina Palmer as she makes frequent pilgrimages to a women's monastery in Greece and absorbs the nuns' particular approach to their spiritual life. If you're a woman who's read of Mount Athos and longed to partake of its grace-filled atmosphere, this book is for you. Men who wish to understand how women's spirituality differs from their own will find it a fascinating read as well.

Constantina R. Palmer is from New Brunswick, a quaint province on Canada’s Atlantic coast. She lived in Thessaloniki, Greece for almost six years, during which time she received a Master’s degree in theology from Aristotle University, studied Cretan style iconography, as well as Byzantine chant. Not one to simply learn from books she also spent significant time at a number of women’s monasteries throughout northern Greece. Currently, she lives with her husband, an Orthodox priest, in the province of Newfoundland and Labrador in Canada, serving the only Orthodox parish on the island of Newfoundland. She is also a social worker. 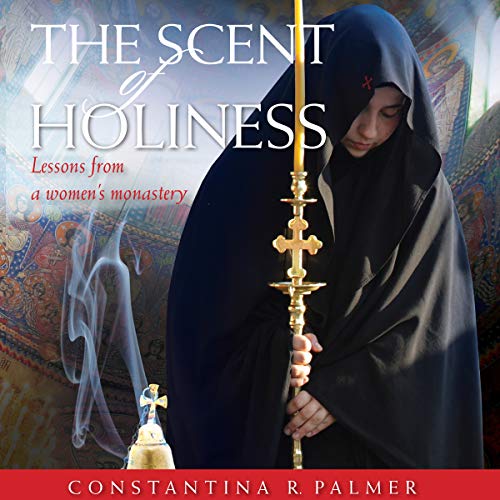 LOOK INSIDE... The Scent of Holiness: Lessons from a Women's Monastery