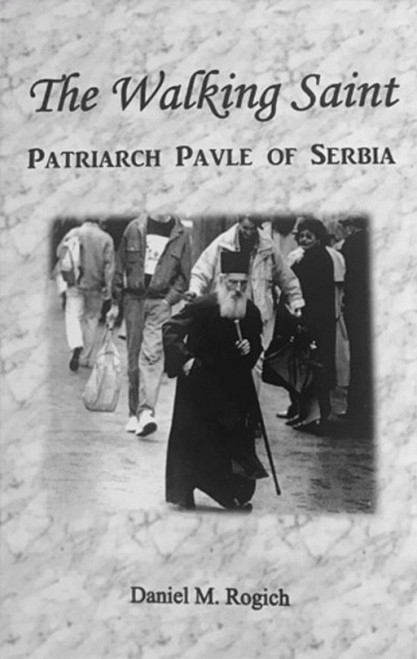 The Walking Saint: Patriarch Pavle of Serbia is the first of its kind in print. Taken from the original sources in Serbian, from the Saint's sermons, letters and writings, as well as from the documents surrounding his life in this past century, the author renders the story of this modern day saint in easy to read, first time ever English. Saint Pavle, who by age 6 was orphaned, living in three different homes, and who contracted tuberculosis as a young man, yet eventually became a great ascetic and monastic, then bishop in troubled territory of Kosovo and Metohija. As a Patriarch he lived during one of the most tumultuous periods in the history of the Balkans, through civil war, international intrigue and bombing, assassination attempts, genocide, and led not only a holy life, but was the supreme example of political and more importantly, spiritual peace to a land in desperate need of rejuvenation and renewal. The author also provides 100 of the most famous spiritual sayings and words of wisdom of Patriarch Pavle of Serbia, as well as a first-ever Akathist ("Hymn of Praise") written in honor of the beloved Saint, that can be used liturgically in all Orthodox churches. A must read for all those as well who are still looking for answers to the age-old issues in this oft troubled land.