The Gurus, the Young Man, and Elder Paisios 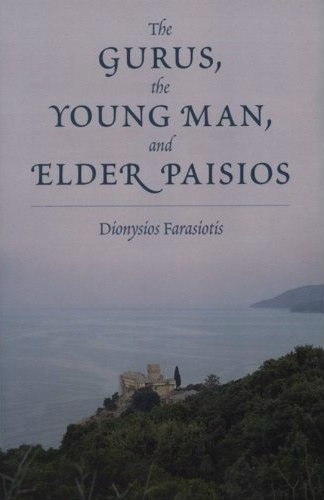 The Gurus, the Young Man, and Elder Paisios

This powerful memoir tells the story of a Greek youth who, out of a desire to know the truth empirically, began to experiment in yoga, hypnotism, and various occult techniques. Eventually drawn back to the Faith of his forefathers—Orthodox Christianity—he visited the ancient monastic republic of Mount Athos in his native Greece, where he was brought to a knowledge of the Truth of Jesus Christ by the saintly Elder Paisios (1924–1994). Nevertheless, believing he had only found “part of the truth” on the Holy Mountain, he chose to give the “same opportunity” to Hindu yogis that he had given to Elder Paisios and other Orthodox monks. Thus, at the age of twenty-five, he embarked on a trip to India, where he undertook his search in the ashrams of three famous gurus, one of whom was worshipped as a god. His experiences in India, along with his subsequent encounters with Elder Paisios on Mount Athos, are recounted in the present book in vivid detail.

Popular in Greece since its first publication there in 2001, The Gurus, the Young Man, and Elder Paisios is a page-turning narrative of both outward adventures and inward struggles. What stands out most in this book, however, is the radiant image of Elder Paisios, possessed of divine gifts, laboring in prayer for his fellow man, and overflowing with unconditional love. Through this, one sees the uncreated Source of the elder’s love and of the author’s spiritual transformation: the true God-man Jesus Christ, Who honors man’s personal freedom while drawing him, through love, into everlasting union with Himself.