The Age of Utopia: Christendom from the Renaissance to the Russian Revolution

The Age of Utopia: Christendom from the Renaissance to the Russian Revolution - Paradise and Utopia: The Rise and Fall of What the West Once Was, VOLUME 3 (of the four-volume history of Christendom)

Continuing the epic of Christendom told in earlier volumes, The Age of Paradise and The Age of Division, the author explains how, between the Italian Renaissance of the fourteenth century and the Russian Revolution of the twentieth, secular humanism displaced Christianity to become the source of modern culture. The result was some of the most illustrious music, science, philosophy, and literature ever produced. But the cultural reorientation from paradise to utopia—from an experience of the kingdom of heaven to one bound exclusively by this world—all but eradicated the traditional culture of the West, leaving it at the beginning of the twentieth century without roots in anything transcendent.

About the Author: John Strickland is an Orthodox priest and former college professor. His first book, The Making of Holy Russia, is a study of the resilience of Christianity in the modern world. An active blogger and podcaster, he brings to the present work a lifetime of reflection on the religious background of the West. He lives in western Puget Sound with his wife and five children. 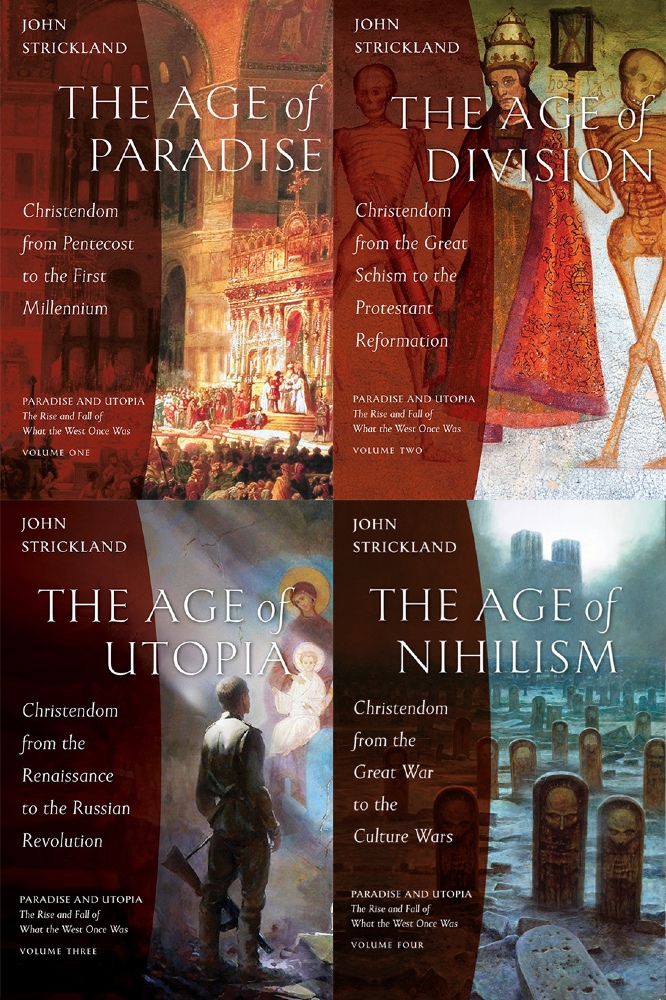 LOOK INSIDE... The Age of Utopia: Christendom from the Renaissance to the Russian Revolution