St Nikolai Velimirovic: On the Incarnation 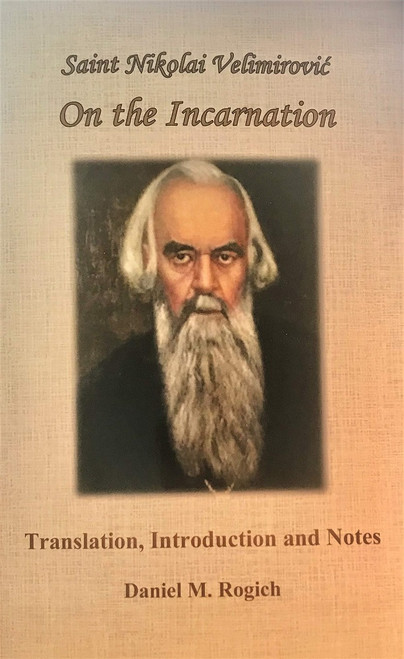 St Nikolai Velimirovic: On the Incarnation

by Saint Nikolai Velimirovic with translation, introduction and notes by Daniel M. Rogich

Saint Nikolai Velimirovic’s New Sermons at the Foot of the Mount, or as it is entitled here, On the Incarnation, translated in English for the first time, was written in 1923 as follow-up or sequel to his book written nine years earlier, Sermons at the Foot of the Mount. On the Incarnation is a series of ten sermons that flow together based on a particular text, that is, a commentary on the Prologue of the Gospel of John 1.1-18, plus the first two chapters of the Gospels of Matthew and Luke. Its audience is the everyday listener and reader, and astutely uses stories, metaphors and literary images and illustrations in order to experientially explain and teach such highly philosophical and deeply theological topics as the beginning of creation, the relationship of the Word of God to God the Father, the identity of the Word of God with the only-begotten Son of God, the perennial tension between the law and the truth, the Incarnation in the flesh of the Word and Son of God, and the explanation of the virgin birth and identity of the Virgin Mary.