SOLD OUT; OUT OF PRINT 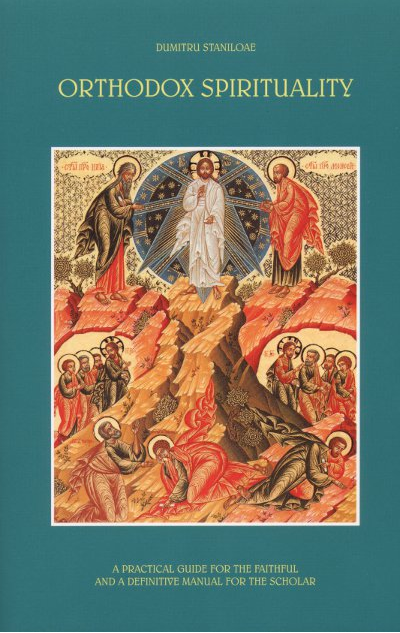 Subtitle: : A Practical Guide for the Faithful and a Definitive Manual for the Scholar

"Orthodox spirituality has as its goal the deification of man and his union with God, without being merged with Him. It has as a basic conviction the existence of a personal God, who is the supreme source of radiating love. He prizes man and doesn't want to confuse him with Himself, but maintains and raises him to an eternal dialogue of love. Such a spirituality has no place where an evolutionary progress of man, connected to a divinity conceived as an impersonal essence, is affirmed. This progress can have no result other than man's disappearance in the impersonal divinity. But the personal God, and thus the supreme source of love, can't be conceived of as a single person, but as a community of persons in a perfect unity. You see then why the Christian teaching of a Trinity of Persons in a unity of essence is the only one which can constitute the basis of a perfect spirituality for man, understood as a full communion with God in love, without his being lost in it."

"It should be remembered, especially in the Western context, that the roots of Christian theology are not only Western, but reach deeply into the theological mind and the living Christian experience of the Orthodox East. Before the medieval political and cultural schism between the Latin and Greek worlds and the subsequent Protestant Reformation, the Christian West was itself, in fact, Orthodox, part and parcel of one united, albeit admittedly bi-polar, Byzantine Commonwealth. In our own time, as Western culture once again gradually comes to recognition of the "Eastern" Orthodox Church as being existentially part of its own root tradition, the imperative of discovering common ground and defining a common frame of reference relative to essentials of Christian spiritual life arises as a matter of some urgency." —from the foreword by Alexander Golubov