Popular bloggers and podcasters Fr. Joseph Huneycutt and Steve “the Builder” Robinson explore the reality of life in Christ as perpetual conversion—falling and rising, falling and rising again. No matter how cold the ashes of our hearts, with Christ’s help we can fan them back into flame. Illustrated with Steve’s inimitable cartoons.

Fr Joseph Huneycutt was reared a Southern Baptist in North Carolina. After more than a decade as an Episcopalian, he converted to Orthodoxy in 1993. He received a BS in Communication Arts from Appalachian State University (1982), a Master of Divinity from Nashotah House Episcopal Seminary in Wisconsin (1992), and a Doctor of Ministry in the Eastern Christian Context from Pittsburgh Theological Seminary in conjunction with the Antiochian House of Studies in 1999. In addition to developing and leading Orthodox retreats and conferences, Fr. Joseph is the Vice-Chairman of the Antiochian Department of Missions and Evangelism, and serves as Dean of the East Texas Deanery in the Diocese of Wichita and Mid-America. He is the Pastor of St Joseph Orthodox Church in Houston, Texas. He is the host of the Orthodixie podcast and co-hosts The 153 podcast on Ancient Faith Radio. Fr Joseph’s work has appeared in Touchstone magazine, Christian Bioethics journal, The WORD magazine, and on the Antiochian Archdiocese’s webpage. He is the author of One Flew Over the Onion Dome – American Orthodox Converts, Retreads, and Reverts (2006), Defeating Sin – Overcoming Our Passions and Changing Forever (2007), We Came, We Saw, We Converted – The Lighter Side of Orthodoxy in America (2009), and Fire From Ashes – The Reality of Perpetual Conversion (coauthored with Steve Robinson, 2014). He is currently compiling, editing, and annotating the works of his Pastoral Theology professor, the late Dr Charles Caldwell, tentatively titled: Dying Dionysius – The Living Faith of a Deathbed Convert.

Steve Robinson lives with his wife Peggy in Mesa, Arizona. They have a “Brady Bunch” of six children and three grandchildren. Steve has been a self-employed construction worker for over thirty years. He has assisted in establishing several mission churches and monasteries in Arizona and California. In his spare time he writes, podcasts, and draws for fun.

LOOK INSIDE... Fire from Ashes: The Reality of Perpetual Conversion 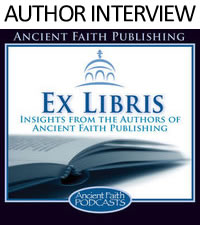 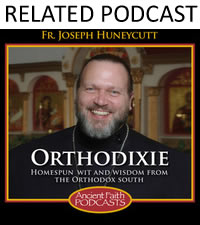 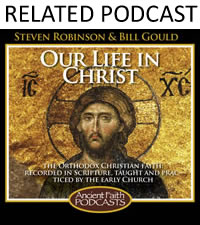 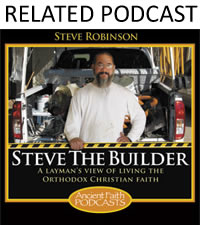 Beauty for Ashes: The Spiritual Transformation of a Modern Greek Community

Retail:
Now: $21.00
Item No. 008708 by Stephen R. Lloyd-Moffett This story of profound spiritual transformation demonstrates how a bishop and a local monastery turned a village riddled by scandal into one of the most...
008708

Retail:
Now: $7.95
Item No. 003490 Ornament, Perpetual Help with incense. This lovely icon miniature is decorated with crystals and includes real incense in the slot in the frame. There is a protective plexiglass...
003490

Retail:
Now: $18.00
Item No. 005500 A beautiful birch wood box featuring a Perpetual Help icon on the lid. Perfect for baptismal keepsakes, prayer ropes and beads, or your favorite jewelry items. Imported from Russia...
005500

Nearly Orthodox: On Being a Modern Woman in an Ancient Tradition

Thirty Steps to Heaven: The Ladder of Divine Ascent for All Walks of Life

From God to You: The Icon's Journey to Your Heart

Children of My Heart: Finding Christ through Adoption

Ask for the Ancient Paths: Discovering What Church Is Meant to Be

In God’s Hands: A Mother’s Journey through Her Infant’s Critical Illness

The Scent of Holiness: Lessons from a Women's Monastery