Eternity in the Moment: The Life and Wisdom of Elder Arsenie Papacioc 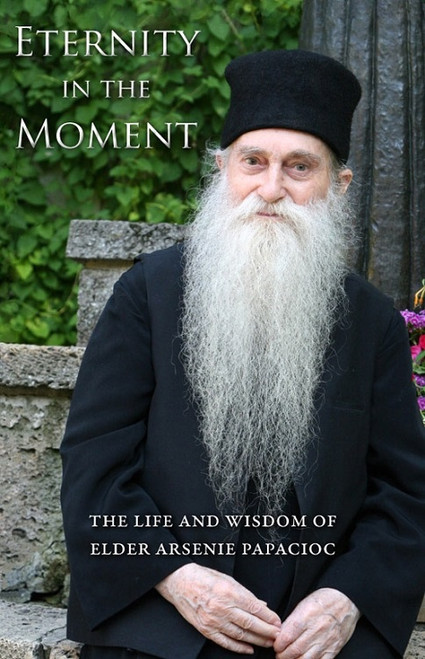 Eternity in the Moment: The Life and Wisdom of Elder Arsenie Papacioc

lder Arsenie (Papacioc) of Romania (1914–2011) was a witness of the eternal truth of Christ, given by God to contemporary man. A man of deep prayer, he also possessed experiential knowledge of the ways of the world. Before going to the monastery, he had been a gifted athlete, a talented sculptor, a soldier, a mayor, and a prisoner of the Romanian Communist regime. Prison became a spiritual academy for him, and after his release he dedicated his life to God as a monastic. For the next six decades he would labor as a monk—in prison and out of prison. He became a beloved spiritual father, counseling the nuns of the Techirghiol Monastery and the multitude of faithful who flocked to his monastic cell. Drawing on his knowledge of the spiritual life and the workings of the world, he was able to guide people to a life in Christ, marked by activity, not philosophizing and speculation.

Every endeavor of his life was characterized by an intensity of purpose and an uncompromising confession of the truth: a knowledge that within each moment we make our choice for eternity. During his long years in prison, he had profound experiences of grace, which helped him realize the power of suffering and sacrifice for Christ. As he himself said, “We must sacrifice not what we have, but what we are.”

This comprehensive biography, compiled from the elder’s own words, the recollections of his spiritual children, and the 3,500 pages of files kept by the Romanian secret police, includes many of Fr. Arsenie’s counsels and spiritual maxims.