CD Sing to the Lord a New Song 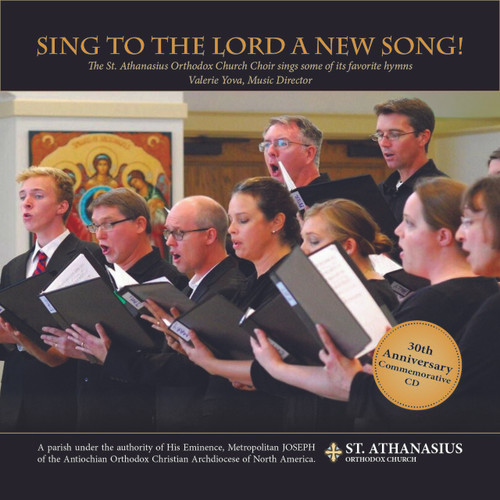 CD Sing to the Lord a New Song

The Saint Athanasius Orthodox Church Choir sings some of its favorite hymns, in commemoration of the 30th anniversary of their entrance into the Antiochian Orthodox Christian Archdiocese.

It was a milestone for the Orthodox Church in America when a group of several thousand Evangelical Protestants from 19 parishes who referred to themselves as the Evangelical Orthodox Church (EOC) came into the canonical Orthodox Christian Church. The year 1987 saw the culmination of a very long journey led by a group of six extraordinary men who were well known and highly respected in Evangelical Christian circles. If you don’t know that story, it has been beautifully documented in the book Becoming Orthodox, by Fr. Peter Gillquist, of blessed memory.

A significant part of their journey into Orthodoxy was the evolution of the worship music within the 19 churches of the EOC. St. Athanasius Church in Santa Barbara was at one time the hub of the EOC, and has a particularly rich musical heritage, including a vast repertoire of music composed by its parish members. Some of the EOC songs that facilitated the parish’s transition into liturgical worship live on at our picnics and family gatherings. We have paid homage to those songs on this recording by including three of the most beloved.

This CD is both a documentation and a celebration of our rich musical journey. It is also a celebration of “new” music that has been written and/or arranged by American Orthodox composers to fill a specific need in the Church as it has continued to adapt to American culture and the English language.