Retail:
Now: $4.95
— You save
Frequently bought together:

Matushka Olga was the wife of a Yupik priest in an Alaskan village. She was not only mother to her own eight surviving children, but also spiritual mother to those in her parish. Olga served quietly, working as midwife in her village and constantly caring for the needy. She had a special gift in working with those who suffered abuse, especially sexual abuse. After her repose on November 8, 1979, many people experienced her coming to them in dreams, bringing her healing gifts. Matushka Olga’s sanctity reveals the possibilities for genuine theosis and holiness, even for those living in the world. 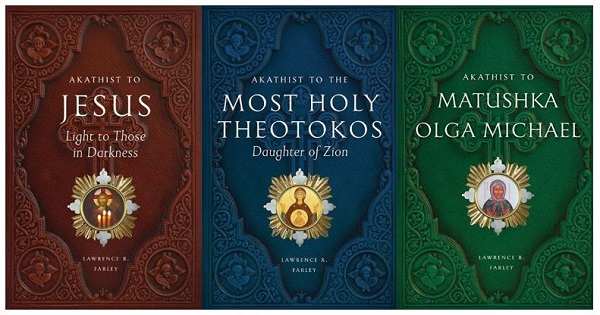 About the Author: Archpriest Lawrence R. Farley is the pastor of St. Herman of Alaska Orthodox Church (OCA) in Langley, B.C., Canada. He received his B.A. from Trinity College, Toronto, and his M.Div. from Wycliffe College, Toronto. A former Anglican priest, he converted to Orthodoxy in 1985 and studied for two years at St. Tikhon’s Orthodox Seminary in Pennsylvania. In addition to the Orthodox Bible Companion Series, he has also published A Song in the Furnace, The Empty Throne, Let Us Attend, One Flesh, The Christian Old Testament, Following Egeria, and more.