This new edition of the bestselling Orthodoxy & Heterodoxy is fully revised and significantly expanded. Major new features include a full chapter on Pentecostalism and the Charismatic movements and two new appendices (Relations with the Non-Orthodox and How and Why I Became an Orthodox Christian). More detail and more religions and movements have been included, and the book is now addressed broadly to both Orthodox and non-Orthodox, making it even more sharable than before.

Are you an Orthodox Christian who wonders how to explain to your Baptist grandmother, your Buddhist neighbor, or the Jehovah’s Witness at your door how your faith differs from theirs? Or are you a member of another faith who is curious what Orthodoxy is all about? Look no further. In Orthodoxy & Heterodoxy, Fr. Andrew Stephen Damick covers the gamut of ancient heresies, modern Christian denominations, fringe groups, and major world religions, highlighting the main points of each faith. This book is an invaluable reference for anyone who wants to understand the faiths of those they come in contact with—as well as their own.

About the Author: The Very Rev. Archpriest Andrew Stephen Damick is pastor of St. Paul Orthodox Church of Emmaus, Pennsylvania, and author of multiple books from Ancient Faith Publishing. He is host of the Orthodoxy and Heterodoxy and Roads from Emmaus podcasts on Ancient Faith Radio, as well as editor-in-chief and author (respectively) of blogs of the same name, and he is a frequent speaker at lectures and retreats both in parishes and in other settings. He resides in Emmaus with his wife Kh. Nicole and their children. 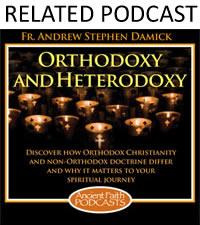 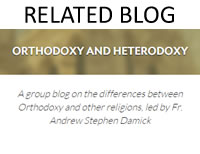 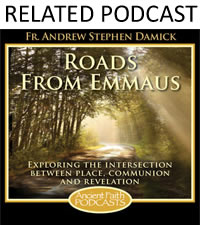 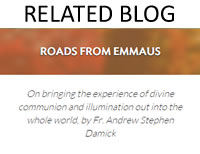 Why Go to Church?

Orthodoxy and Heterodoxy (case of 24)

Rock and Sand: An Orthodox Appraisal of the Protestant Reformers and Their Theology

Retail:
Now: $25.95
Item No. 009017 by Fr. Josiah Trenham This book has been written for three purposes. First, to provide the Orthodox reader with a competent overview of the history of Protestantism and its major...
009017

Know the Faith: A Handbook for Orthodox Christians and Inquirers (ebook) SPECIAL OFFER!